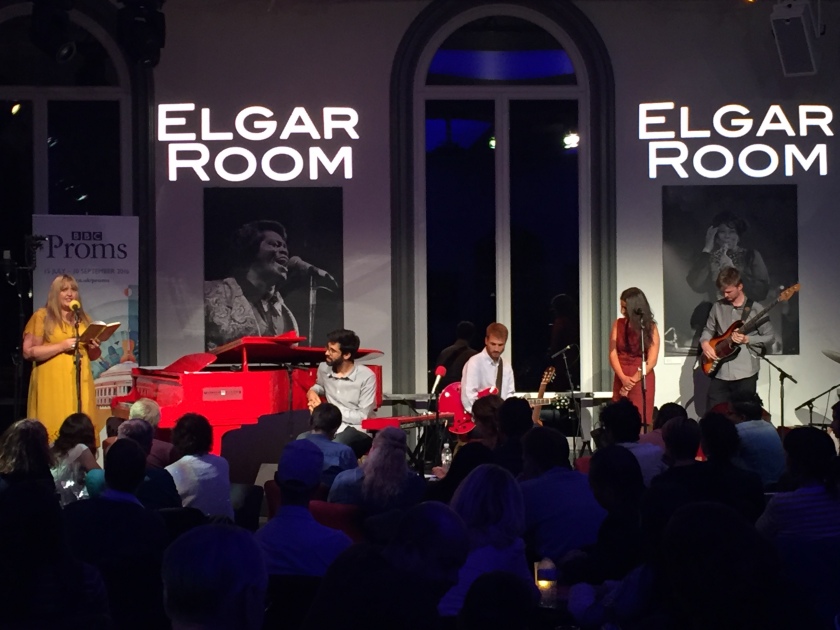 In August 2016, I read poems as part of the BBC Proms Extra Lates series, alongside music from Caravela. The show was broadcast on BBC Radio 3. 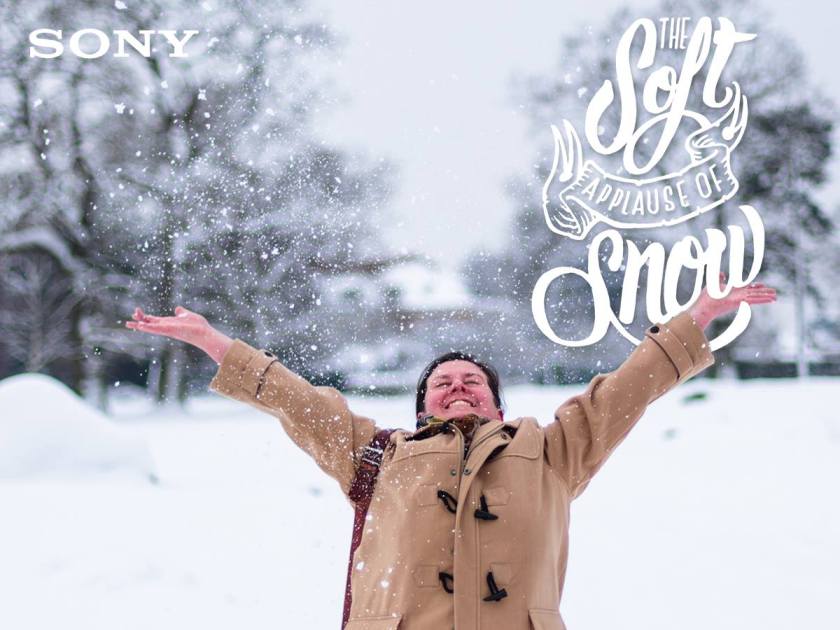 Alongside Kayo Chingonyi, I created poetic captions for Sony’s Poetry in Moments Christmas campaign. Kayo and I created micro-poems for a series of crowd-sourced Christmas-themed images and I produced a longer poem for a short film that closed the campaign. 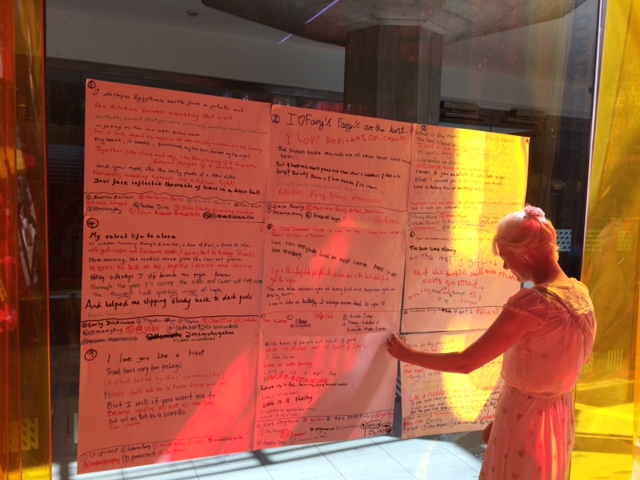 Im 2015 I collaborated with poets Camellia Stafford, Alex MacDonald and Emily Hasler to create an epic love poem. Over two weekends, we ran an installation on the Southbank, inviting members of the public to a line of poetry to our epic love poem ‘exquisite corpse’ style, as part of the Southbank Centre’s Festival of Love.

I was one of six authors commissioned to write texts to accompany designs featured in Austria’s exhibition at the International Fashion Showcase for London Fashion Week. I responded to the designs of DMMJK, a new design house based in Vienna. I wrote about the commission here.

In 2012 I was commissioned by Claire Trévien and Odette Toilette to write a new poem based on a mystery scent, later revealed as ‘Encre Noir’ by Lalique. The poem featured in the first Penning Perfumes anthology and I later took part in an Arts Council-funded tour of Penning Perfumes events.

In 2013 I wrote a poem based on a different mystery scent for a Penning Perfumes Christmas Special. The perfume was later revealed to be ‘Like This’ by Etat Libre d’orange.

Save The Children Christmas Tree Sessions

Broadcaster and writer Lauren Laverne commissioned me to write a new poem for Save The Children’s Christmas Tree Sessions, an annual fundraiser event at London’s Union Chapel. I performed to  an audience of over 500 people, with many more watching live online, alongside bands including Spiritualized and Summer Camp.

I was chosen to represent the London Borough of Westminster as part of the London Lines festival at the Southbank Centre. Working over the course of 24 hours, I collected memories from visitors to the Royal Festival Hall and through twitter to create a new poem inspired by Westminster.  My poem formed part of a London-wide map of memories built overnight in the Clore Ballroom. I’m pictured with all the other London Lines poets above.

I worked with live literature producer Julia Bird on a new touring show, which brought together small groups of poets to perform together in unusual settings. As part of this I performed in venues including Keats House and Hellens Manor at the Ledbury Festival, and developed a 20-minute one-person show of my work. Other poets who took part included William Letford, Sarah Howe and Kayo Chingonyi.

I have also written poems to commission on subjects including Sonic Youth, nipple tassels, Carry On films, nacreous clouds, Monopoly, David Bowie and The Fall. My poem ‘Tight Dress’ was remade in silk for a Valentine’s-themed window display at the Soho silk shop Biddle Sawyers Silks (see photo).